I recently saw the obituary for Tom J. Cade. It ended with this quote:

“No one who sees a peregrine falcon fly…
can ever forget the beauty and thrill of that flight.” 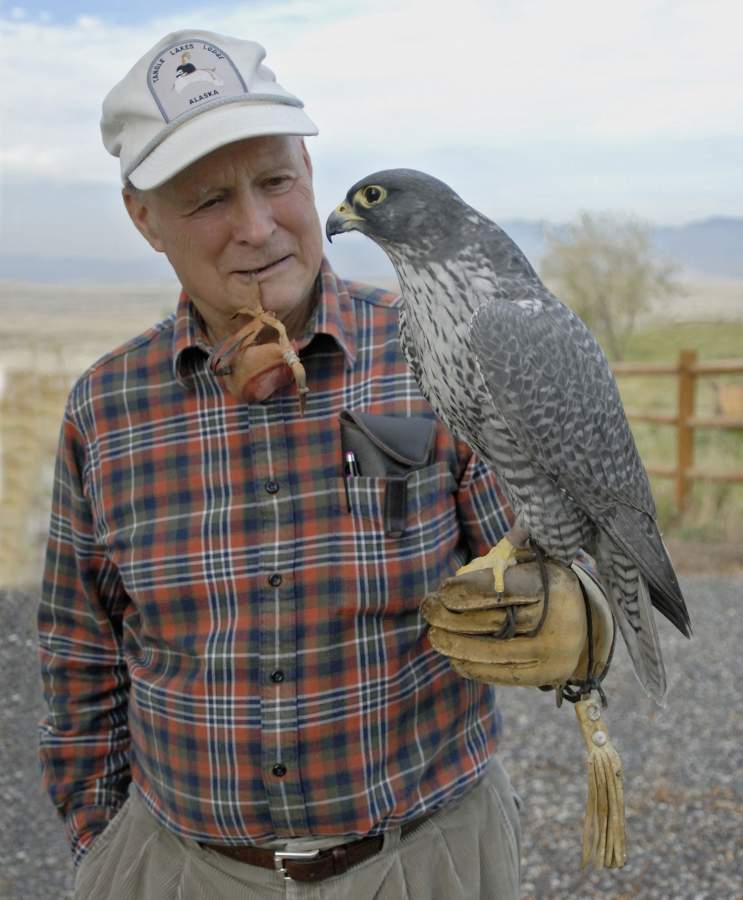 Image courtesy of the Peregrine Fund

Mr. Cade’s love, admiration, and study of Peregrine Falcons began at an early age. He then choose to pursue a coarse of study in Biology earning a Bachelor’s Degree from the University of Alaska. He then earned his masters and Ph.D. from the University of California, Los Angeles. Mr. Cade, along with Frank Bond, Bob Berry and Jim Weaver, is credited with starting the Peregrine Fund. Through the organization’s work they were able to successfully breed Peregrine Falcons in captivity and re-introduce them to the wild. This effort became necessary after the widespread use of the DDT pesticide chemical had the unintended consequence of affecting the thickness of the bird’s egg shell. With the population almost decimated, the Peregrine Falcon was put on the endangered species list in the 1960s. Due in large part to the Peregrine Fund’s work, the Peregrine Falcon is now thriving again and was removed from the list.

I admire greatly the ingenuity and dedication of Mr. Cade and learning about him posthumously allows me to give him a great thanks for bringing Fiona into my life.

The original obituary appeared in the New York Times.

To learn more about Mr. Cade’s legacy, please read about him at the Peregrine Fund website.