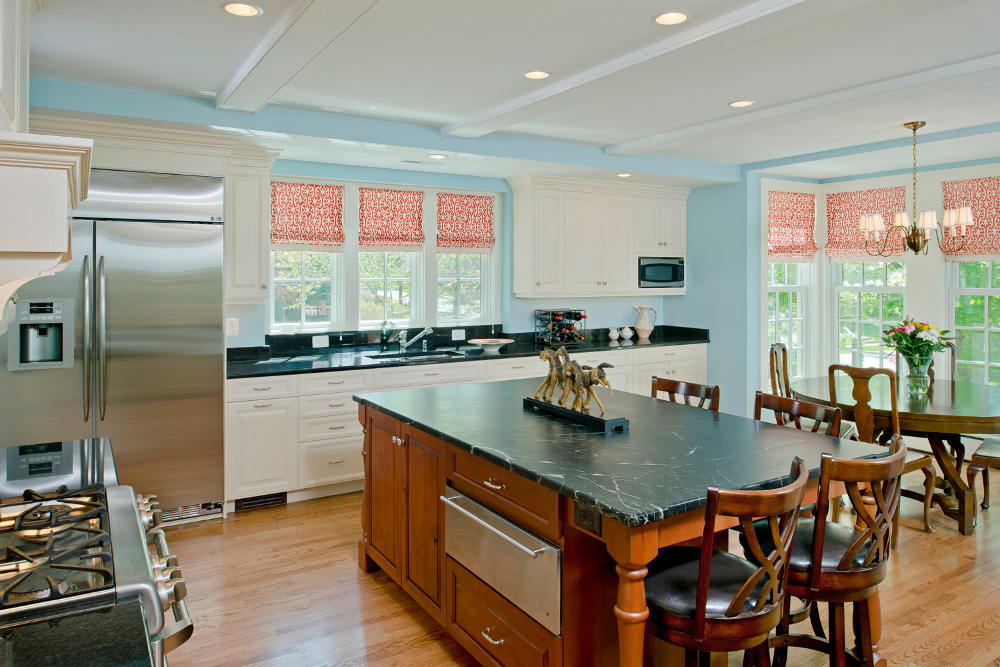 Mary Wynne and & John’s Addition and Remodel project was featured in Baltimore Magazine in July 2014.

“When John and Mary Wynne Eisenberg moved to Stoneleigh 14 years ago, they fell in love with the charm of the neighborhood and their 1931 home. But those warm feelings never extended to the home’s narrow galley kitchen. In fact, Mary Wynne quips that “some of my worst memories” are of trying to cook for her 10-person book club with one oven in the cramped space.

But the challenge they face is not an uncommon one in Baltimore, where thousands of homes like theirs were built in the 1920s and early ’30s, but with tiny kitchens more reminiscent of the 1890s. But a simple redesign was not the solution—the space itself was the problem.

“We knew we wanted a better kitchen but the question was, how do we do that?” says John Eisenberg. There was simply not enough space to merely remodel the old kitchen and end up with anything functionally better. “Obviously, it was going to take some out-of-the-box thinking.”

Click here to read the full article – A Galley Gamble